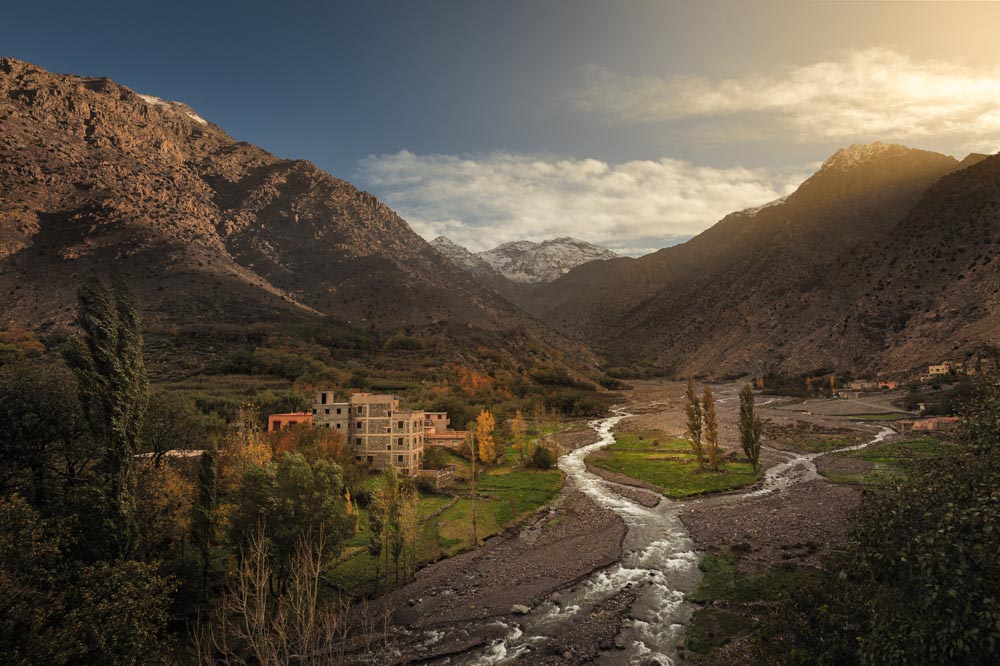 Mount Toubkal in the distance, viewed from Aroumd

The Atlas Mountains is not on everyone’s to-do-list for trekking. It certainly wasn’t on mine before. Most people are fascinated and obsessed with big destinations like the Himalayas or the Dolomites.

I was in the same shoe until I trekked the High Atlas Mountains and Mount Toubkal. It opened my eyes.

My initial plan was to go to the Dolomites with a couple of friends. It was a last minute decision and we were told that the trekking season would be closed on the week we were going to book our trip because of snow.

We were disappointed, of course.

Then, I turned to a book I bought a while ago on the best treks in the world. I was looking for somewhere we could go during late autumn in the Northern Hemisphere. My logic was that it has to be either in the Southern Hemisphere or near the equator for the weather to be warm enough.

I explored the options to trek in the African continent and I came across the Atlas Mountain range and Mount Toubkal, which is its highest peak.

All sounded good and so we booked our trip to Morocco. 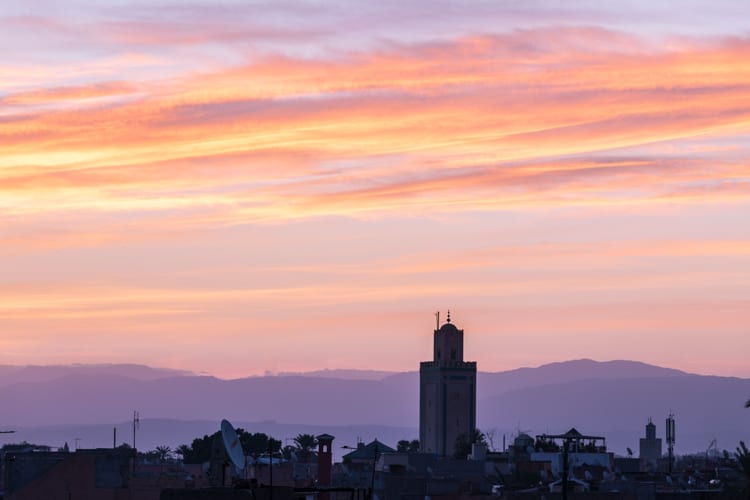 The gateway to the High Atlas Mountains in Morocco is Marrakech, an ancient city south to Casablanca. It’s well known for its bazaar and restaurants.

We stayed there for a few days soaking up the atmosphere, enjoying tagine and mint tea as much as possible before we left civilization behind for a week.

Leaving Marrakech towards Imlil (a small village at the foot of Mount Toubkal), I spotted too many photo perfect locations!

But we couldn’t stop because we were on schedule…

The Atlas Mountains reminded me of the Karakoram mountain range in the Northern Areas of Pakistan - rugged, isolated with snow-capped mountains year round. The combination of lush green valley and towering mountains make the perfect scenery for landscape photographers.

If you're looking for a landscape photo destination that is less accessed by others, I highly recommend the High Atlas Mountains in Morocco!

The Valley Leading To Toubkal Refuge

The experience was different from trekking in the European mountains where you have really nice mountain refuge and well marked path.

During the tour, we spent some nights camping in weather with gusty wind and some in accommodation with basic amenities. The locals were really friendly and we met some fellow trekkers along the way.

We arrived back in Imlil before ascending Mount Toubkal. That was when I took this image.

Our accommodation the night before was a local hotel in the valley (Aroumd) overlooking Mount Toubkal in the distance. The main village is at the foot of the hill and rivers where the water came from the mountains.

I can’t remember the time but it was towards the evening. Although it wasn’t sunset, I could see the sun setting behind the mountains and there was a beam of light cutting through the ridge illuminating part of the valley.

The view was simply breathtaking!

For me, it has many of the elements I mentioned in this post where I talked about composition. The rivers, the convergence of the valley and the beam of light serve as leading lines to direct all attention towards the centre of the image - Mount Toubkal.

I thought the openness created by the valley was very welcoming. It invites the eyes into the image, the main subject and the mood help to maintain that visual engagement.

No doubt a high dynamic range scene like this needed exposure bracketing. I did so handheld because I was very conscious that the light could fade away anytime behind the mountain. I really wanted to capture the scene with the beam of light shining through because that was what caught my attention to photograph the scene.

An advantage I had with this image was the rooftop of the hotel. The vantage point gave me a slightly downward view towards the valley and the villages. Had I taken the image from a lower perspective, it may not have as much depth as it has now.

After manually blending 0EV and -2EV with luminosity mask to recover details from the blown out highlights in the sky, I applied multiple selective tonal adjustments to brighten or darken specific areas that I want. These were done either with luminosity mask or a normal layer mask.

In the original blended image, the colors were already quite saturated so I didn’t have to mess around too much with color adjustment.

Next, I noticed the trees on the right (a cluster of three) looked kind of out of place. Maybe because the color didn’t match the color of the trees on the opposite site, somehow that was tipping the visual balance and didn’t look harmonious. 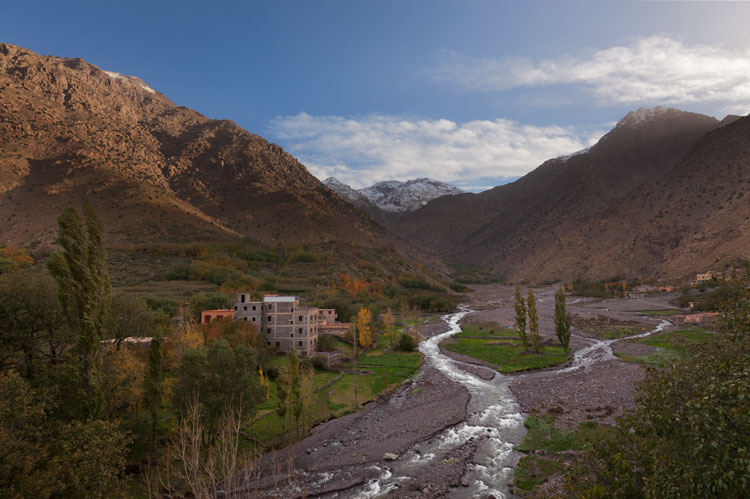 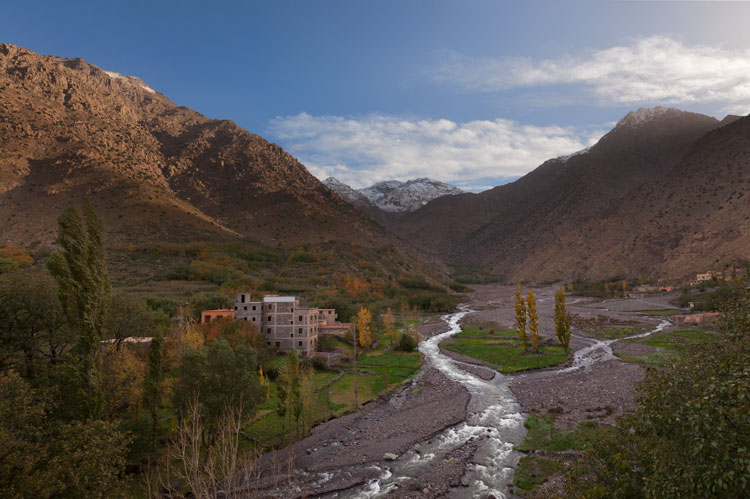 I thought for the longest time if I should do anything about it. Eventually I decided to change the color of these trees to match the ones across. I know this is not for everyone, some may not agree with this but it’s just my personal opinion. You can see the before and after in the image above.

The light ray was my next step. I wanted to make it look more prominent because it’s what make the image unique. If you want to know how to accentuate light rays (you can use this method to create one too), check out this post where I explained in more detail. 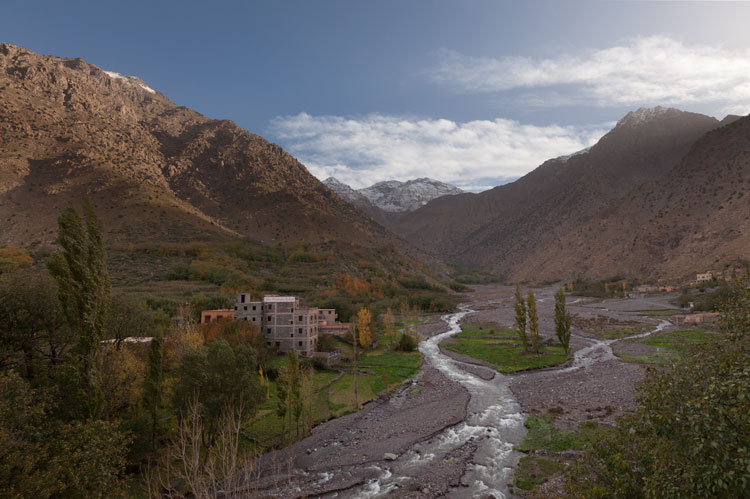 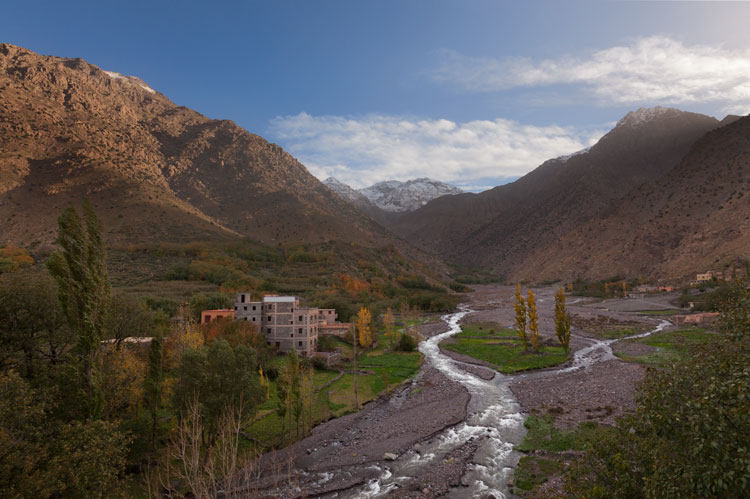 Lastly, I added light bleed as a final touch and cloned out the white signboard on top of the building on the left. It was a judgement call but needed to be done because it was pretty distracting. 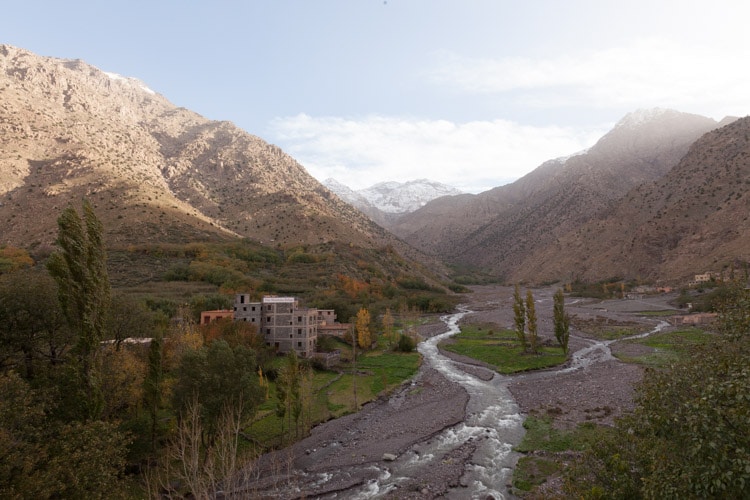 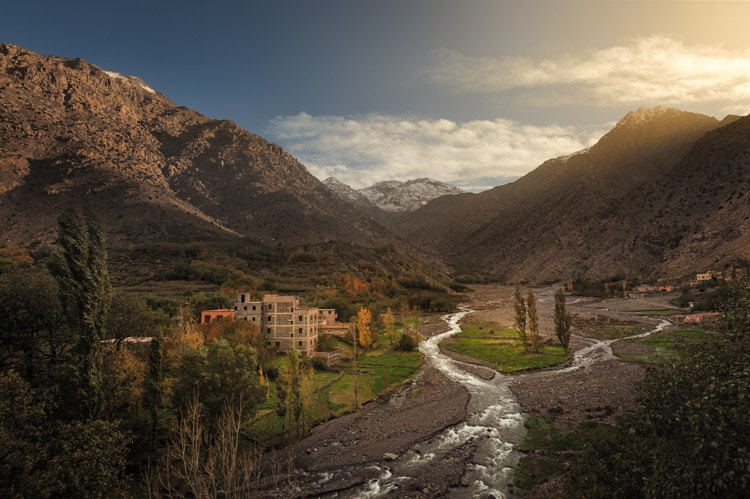 The final image was reimported back to Lightroom where I fine-tuned any adjustments.