Image depth is one of the most challenging aspect in photography.

The ultimate aim of a photographer is often to recreate what is observed in the three-dimensional space on a two-dimensional medium.

Lucky for us, our predecessors have already taught us how to do it. All we need is to transfer these skills to digital images.

Artists such as Rembrandt and Carravagio were masters of image depth manipulation. They controlled it with merely the use of contrast based on the principles of color theory.

Even though image depth can be enhanced in editing, there is no replacement in getting it right in-camera in the first place. Adding depth in post-processing only accentuates what you’ve captured.

In this tutorial, you’re going to learn how easy it is to add depth to an image by selective adjustment of saturation and lightness.

The technique of controlling depth with saturation and lightness is part of the principles on color theory.

Let’s go over some fundamentals before we dive in further. Hopefully everything we discuss later will make more sense.

Just so we stay relevant to color theory related to image depth, we’re going to focus on three properties of color.

Hue is the name of a color.

The hue remains constant regardless of any changes to the saturation or lightness. E.g. red is red even when it’s desaturated or lightened.

From the perspective of adding depth in an image:

Warm colors such as red, yellow and orange advance. It makes the subject appear to stand out in the image.

Cool colors such as blue and green recede. It’s calming and conveys a sense of distance or serve as a background color. 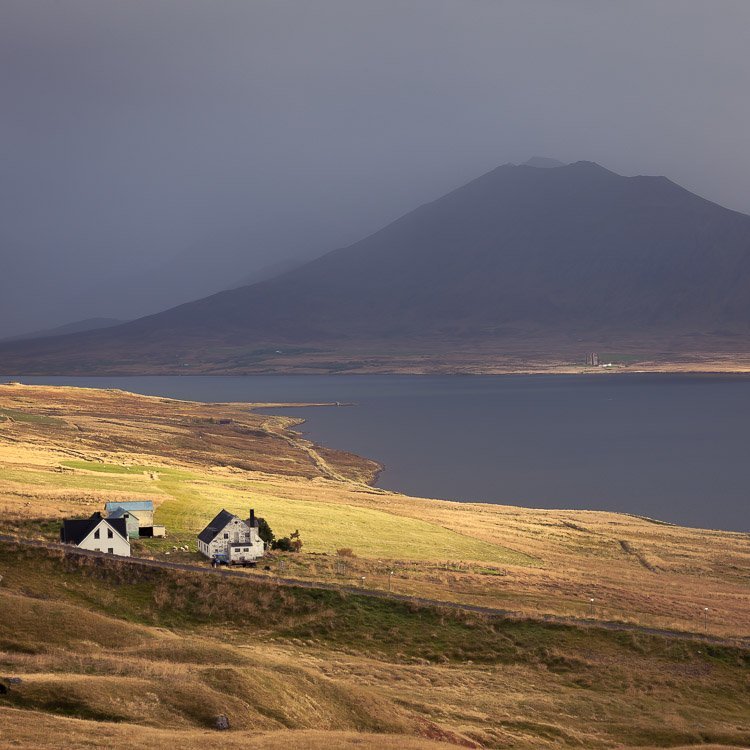 Blue was applied from the middle to the background to accentuate the subject in the foreground.

In reality, not many things in life exist in its purest saturation. Having said that, the human eye tends to be more attracted to saturated colors...

...and we're going to use that to our advantage!

We perceive high saturation as visually closer to us whereas a low saturation conveys distance. 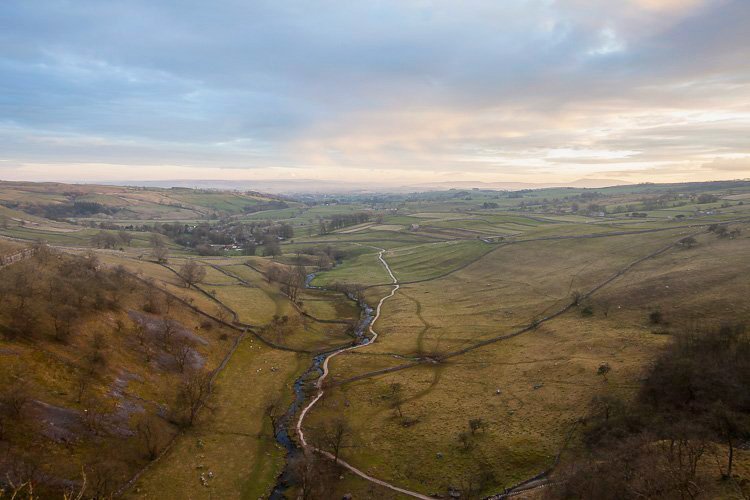 Saturation reduces as you move further into the distance.

Because in nature, saturation diffuses through fog, mist and haze. The air particles scatter light therefore desaturate color. This is why objects further away into the distance always look less saturated.

Knowing this, we can enhance the image

This is a tricky one.

You might think it’s the same as brightness but it’s not.

Lightness is the psychological perception of brightness, i.e. how light or dark a color appears to be.

Every color has its inherent lightness with yellow having the greatest lightness of all colors. This means we will always perceive yellow to be the brightest even when all other colors are equally bright. 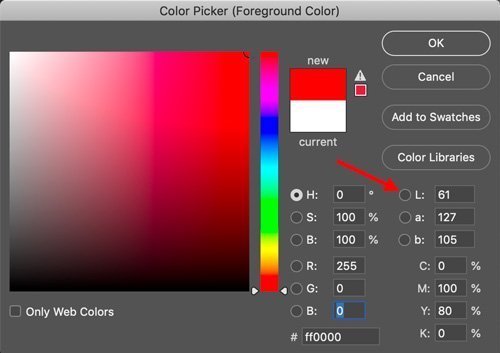 Go to Photoshop, click on the foreground color in the Tools panel to bring up the Color Picker panel.

In the context of this tutorial, I’d also like to point this out:

The human eye is more sensitive to light than shadow.

Imagine how you can apply this in your editing to enhance image depth.

Selective lightening and darkening of the subject creates contour, which in turn adds dimension to the image.

It can be difficult to understand the concept of hue, saturation and lightness (HSL) in words...

...which is why I found this HSL color picker to be particularly useful. It helps you to visualize what HSL is all about.

The first slider sets the hue. Second slider changes the saturation and the third controls lightness.

You can see how saturation is reduced by adding grey; and how lightness is affected by adding black or white.

2. Steal From The Masters

...and there is a lot to learn from studying paintings from that period.

How is this going to help you?

Light sculpting with paint is one of the their specialties. By learning their work, you can get a lot of ideas and inspirations on how to add depth to images in editing.

Where to find these paintings?

Search engines! Type in “renaissance painting” and go to the image section to see an almost endless supply of images. 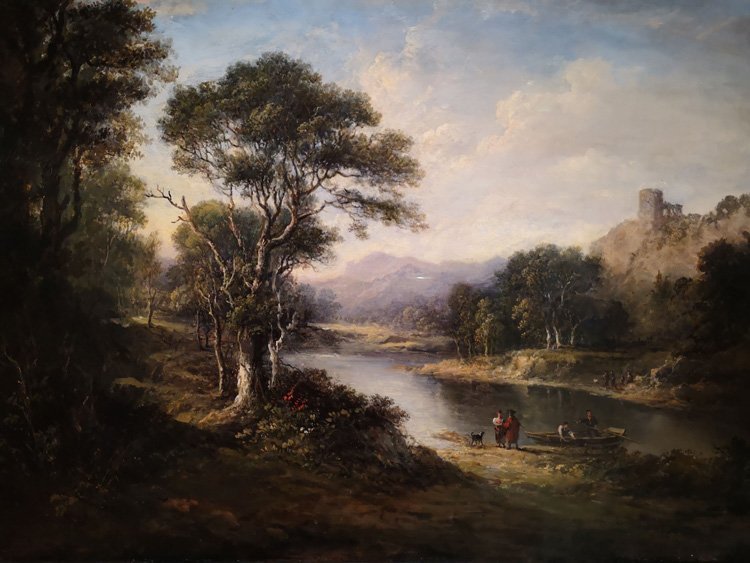 When you study these painting, try to make the following notes:

Scrutinize details like how the light falls on the tree branches or the leaves. It's often these small, subtle adjustments you apply to your image that make the difference.

3. Attention To Detail Is The Key

The principles of adding depth to a photo in editing are the same.

First, you need to identify the source of light and the direction it travels. Then, work out how the light would illuminate the subject.

Sometimes, the second part needs a bit of creativity and imagination! 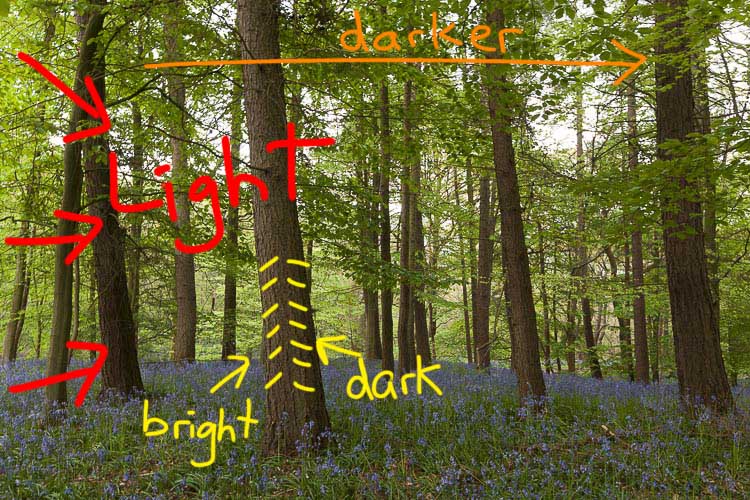 The light is coming from the top left of the image. I know because I shot this, but you can also see how it's brighter on the left.

This means there should be a gradient across the image with the right side being darker.

I also noted how the trees are being illuminated with the side facing the light being darker than the other side.

All these influence my decision on how to apply saturation and lightness adjustment to enhance image depth. After spending some time in Photoshop, this is the end result. 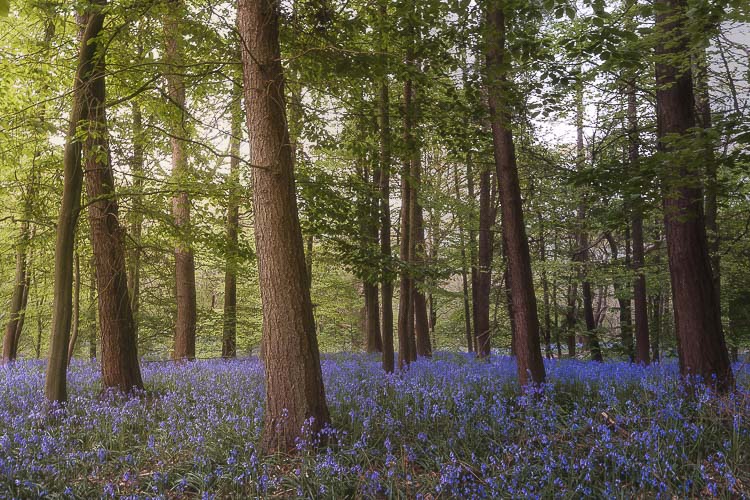 Objects closest to the viewer should always be more saturated than objects further into the distance.

With that in mind, you can achieve that with any techniques you’re familiar with.

Personally, I like to use a combination of the Hue/Saturation adjustment layer and layer masks in Photoshop. 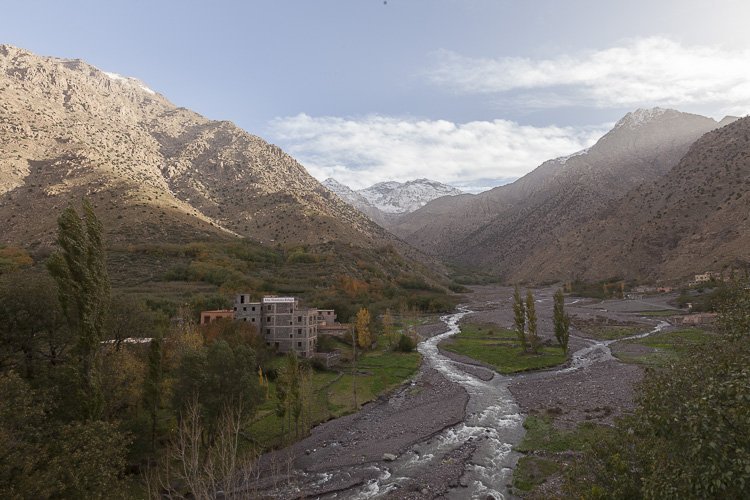 In the example image above, the sun was setting on the right where part of the light was blocked by the mountain.

After initial color and tonal adjustments, the image looks too saturated and flat for my taste. Although the valley converges towards the center, the sense of depth didn’t show up very well. 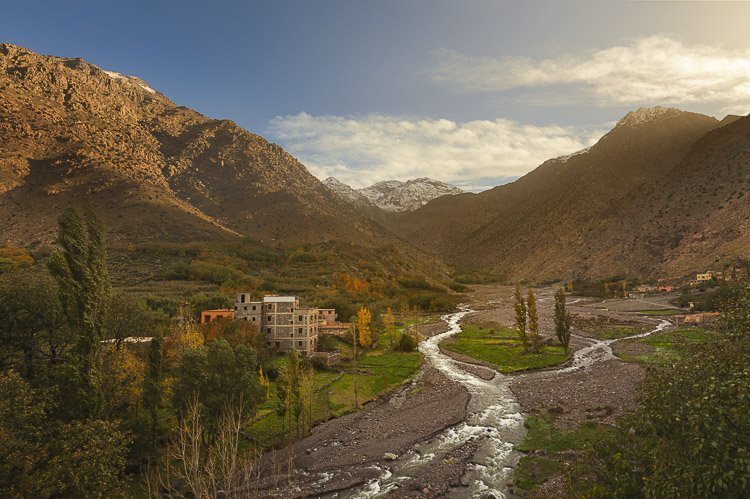 To accentuate image depth, I wanted to desaturate part of the mountains from the midground towards the background.

Here’s my workflow for this particular image. This is also how I normally do it in most cases:

The advantage of using painting the mask technique is that you can control how much adjustment you apply to an area. This means you only need one Hue/Saturation adjustment layer.

Sometimes I do use multiple Hue/Saturation layer when the composition is more complex or if multiple luminosity masks are needed to get the job done.

This is one way of doing it. You can certainly use other techniques to produce the same result. 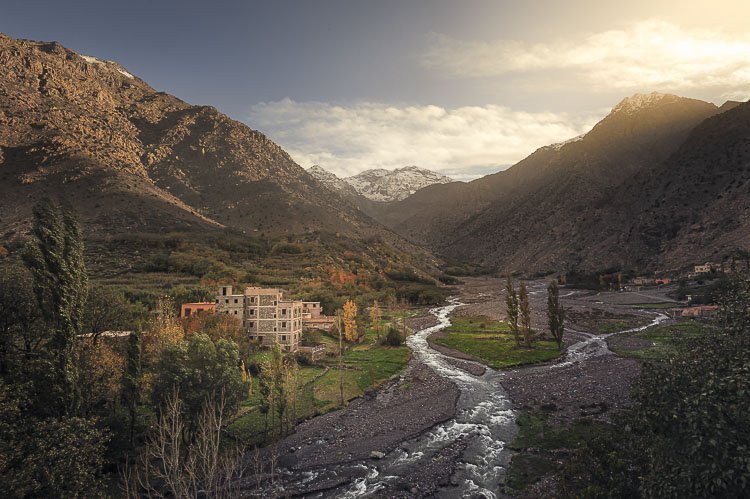 Adjusting lightness is basically adding black or white to a color.

There are several ways to do that. If you’re using color to add depth to the image with Hue/Saturation adjustment layer, you can use the Lightness adjustment at the same time.

Another way, which is my preferred way sometimes, is dodging and burning. 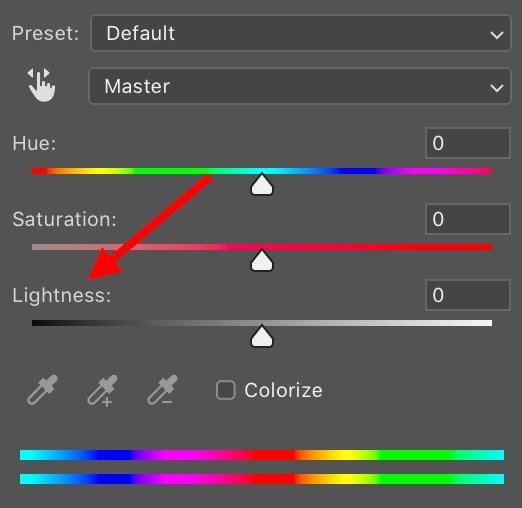 When you dodge and burn, you’re painting part of the image with more black or white.

Dodge and burn is a whole topic by itself so it’s impossible to cover everything in a single post. What we’ll do is to go through the essence to get you started.

If you prefer to dodge and burn with more precision, you can load a luminosity mask to target select the area you want to apply dodge and burn.

I know this is not the only way to dodge and burn and you may know other ways of doing it...

In any situation, the end results are all the same. Just pick one and stick to it.

Here's an example of the before and the after of dodging and burning: 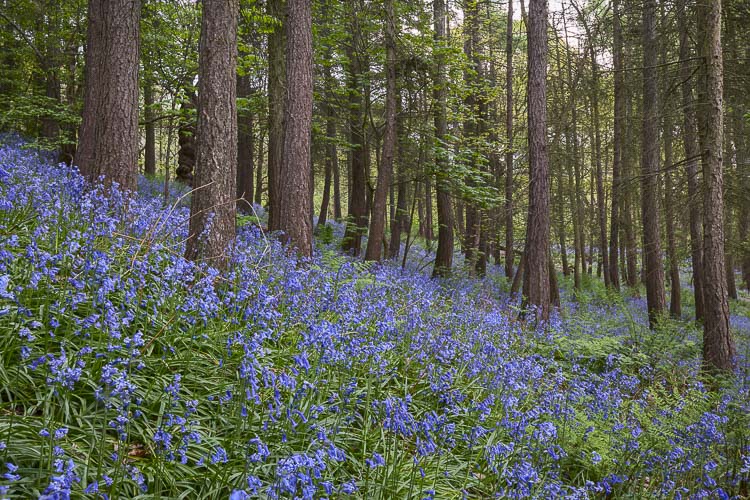 Adding image depth in editing with saturation and lightness is not difficult at all.

What’s challenging is knowing where and how much to apply adjustments so your image stays aesthetically natural.

But don't feel you always have to stay within the "limit". If you're in artistic mode, don't be afraid to crank up the effect to make the image looks like a painting!

After all, image editing is all about developing your personal style and you should do what you feel it's right.